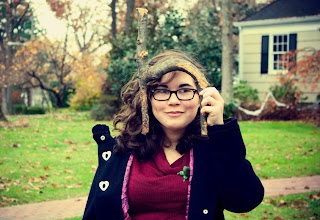 Hey guys thank you so much for allowing me to delve deeper into both of your stories. First I want to say how sorry I am to hear about your father Kat and I wish you luck in the future!
Kat: Thank you. God knows I’m going to need it.

Q: How did the two of you begin working together?
Hannah: Kat, do you want to…?
Kat: No, you go ahead.
Hannah: Okay. Well, you know how people don’t actually get trapped in elevators unless they’re in the middle of a really clichéd television show? Turns out that happens in real life too. I’d gone into the city for an interview, and Kat and I were the only ones in the elevator. I think we were at the fiftieth floor when it jolted to a halt. Sound right?
Kat: Ugh, yes.
Hannah: So there we were, trapped in an elevator. At that point there had been a lot of weird things in NYC– the draining of the central park reservoir, that weird sludge that kept appearing all over the city—that I was a little freaked out. I was sitting there trying not to hyperventilate when I hear Kat mutter something about fairy tale characters. I catch a couple phrases: “god-damned frog,” “freaking fey,” and “Jim is never going to let me hear the end of this.” Of course I had to ask, and since it was a really, really long wait, Kat ended up telling me the whole story. Enough had happened at that point that I believed her when she told me that magic was back. The rest, as they say, is history.
Kat: It was kind of a relief, actually. That was a pretty stressful point, y’know? It was good to get off my chest. After that, we kept in contact. Sometimes emailing Hannah was the last connection I had to a normal life.

Q: Hannah, What was it like working with Kat? Is she super critical of your work?
A: Kat is a pain in the­—Ow. Kat, stop kicking me. Okay, fine. Kat is a lovely person and is absolutely not a stubborn jackass with problems communicating.

Q: I have to ask after what has happened will either of you ever eat frog legs?
Hannah: Nope. Hearing that slimy description was pretty unappetizing.
Kat: Are you kidding me? That’s all I would eat if I could. Vicious little suckers. I think I have a permanent grudge against frogs now, and frankly I’m okay with that.

Q: Kat what was it like when you found out that fairy tales were real and how did you break this news to Hannah?
Kat: At that point, my dad had already gone missing, I’d been attacked by a vicious demon dog, and shown a vision of drowning in the middle of French class. I was shocked, sure, but it wasn’t as far fetched as you might think. Now, Hank’s little revelation took a bit more getting used to.
As for Hannah, I didn’t bother trying to break it ‘gently.’ There was no time.

Q: Hannah, what was your initial reaction when you found out? 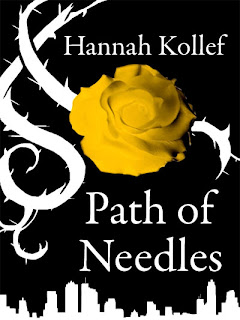 Hannah: Basically, “Whaaaaat?” And then, “THAT IS SO COOL.” Then Kat told me her story, and I realized how much trouble the world was in. That’s when I knew I had to write it all down.

Q: What was the hardest part in collaborating on this novel?
Hannah: Well, communicating with someone who is on a global quest while trying to survive the effects the fey are having on the world is a pretty big challenge.
Kat: Sounds about right. It’s hard to keep up with email when you’re surrounded by magic and things that want to kill you.

Q: Kat, with so many years between my siblings and I, I have no idea what it would be like to be a twin. What is the best and worst thing about your relationship with Roger?
A: The best thing is that you’re never really alone. I mean, duh, you are, but for the most part you know that there will always be your twin if everything else is gone. The worst is that no one can make you feel as alone as a twin when they turn their back on you. I know that contradicts itself, but it’s true.

Q: Hannah, what kept you motivated when you were writing this novel?
A: The story. I knew that Kat was out there, doing all these incredible things; if I couldn’t write it, then what kind of coward did that make me? Besides, the world needed to know. Maybe my book would soften the blow of a global reimagining. Probably not, but I had to try.

Q: Kat, how do you think Hannah did in her telling of your story?
Kat: I’m not going to answer this question.
Hannah: Hey!
Kat: You don’t need the ego stroke. Or maybe it would be an ego blow.
Hannah: Jerk.

Q: Can you guys give us all a hint as to what will be in store next?
Kat: At this point? You should all probably say goodbye to your loved ones.
Hannah: That is incredibly depressing, Kat. You’re going to fix this. I—we—have faith in you. As for the books, I can tell you right now that Path of Needles was just the tip of the iceberg. Have you finished it? Do you know what’s happening to the world? It’s going to get worse before it gets better. And, uh, if
you live in New York City I’d suggest you move. Quickly.
In the style of Steven Moffat, I’ll leave you with three hints:
Flame. Bird. Coffin.

Posted by Reflections of a BookWorm at 7:00 AM