I know it's been a few days since I have posted anything and if it wasn't for my handy dandy iPad I still wouldn't be able to. Due to health issues I am unable to sit at the computer for more than a few minutes at to actually post take at least thirty minutes. I have been to the doctor they are running tests but with the holidays who know how long it will be before anyone figures out what is wrong. Thanks for being patient with me I will Be back as soon as possible!
Posted by Reflections of a BookWorm at 4:12 AM 4 comments:


Flight
I am just Junco Book Three
By J.A. Huss

Junco and her team must travel to earth in order to save The Siblings of Earth. Along the way Junco finds that everywhere she turns is full of secrets and revelations. What if you had the power to save a race of beings at the cost of the other? Junco may be strong willed but what she faces back on Earth will be a trial even for her. 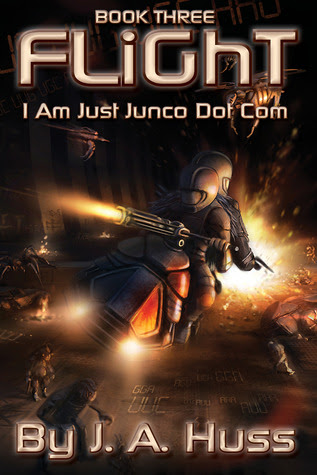 I love Junco she is a loud mouthed character who doesn’t take crap from anyone. Plus she cusses like a sailor and chain smokes cigars, what’s not to love? What was annoying in this book though was that the men in Junco’s life seemed to turn into whining and needy men, each one vying for Junco’s attention and pouting if she didn’t reciprocate. Other than that the book is pretty good with tons of action and adventure, and so many twists it is hard to keep count. I did have one question, at the end of the book how did they keep everything straight? That’s all I will say or I will run the risk of ruining the book for those who haven’t yet read it. This is one of those books though you definitely want to read the rest of the series before jumping in. From page one this book held my attention I wasn’t a fan of the ending but it is definitely a great way to make sure you keep reading the series.

Posted by Reflections of a BookWorm at 7:15 AM No comments:

All Jazz wants to do is drown her sorrows, her partner is in prison for a crime he didn’t commit, she has been shunned by most of the cops in the city, and she has just enough money left to get really drunk. While she is minding her own business a man comes up to her in his brand new leather outfit making him stick out like a sore thumb in the biker bar, but what is truly weird is the man knows her name and has an envelope for her. She has never been to this particular bar before and only just decided right before arriving. 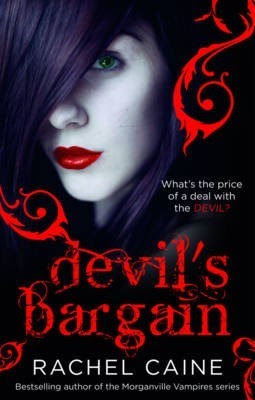 I have to say it, I loved Jazz, she is a smart mouth who can back it up but there is so much more to her than just that she is kind and caring even if she pulls her gun first and asks questions later. I wasn’t sure what the story would be about as the synopsis I had read was fairly vague but it turned out to be a unique and fun read. I know Rachel Caine has also written the Morganville Vampire series, even though I have only read two of those I have to say that Rachel Caine is a truly surprising author. She has come up with two of the most original series that I have ever come across but not only that none of her books that I have read even come close to anyone else’s.  This book in particular you have great characters an amazing storyline all surrounding the good versus evil premise. This is certainly a must read and I look forward to what Rachel Caine has in store next.

Posted by Reflections of a BookWorm at 3:09 AM No comments:

Suzie Burris is waiting for her husband to get home so she can ask for a divorce. Having agreed to have a child to try to connect with each other she is now the new mother of a two month old baby and has had enough of her philandering husband. As Suzie is anxiously waiting for her husband Detective Nick Jeffries shows up to inform her that her husband has been murdered. 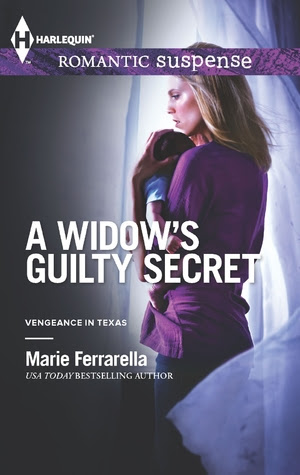 I usually like what Harlequin releases, this is one of those instances where it was a miss for me. Granted Marie Ferrerella is a great author, she does a wonderful job in bringing her story fully to life. The problem is the story itself. First off you have a woman who has just given birth and whose husband has just been murdered but she is constantly taking off and leaving her two month old son with her sister. Then you take into account that this is a romance novel and she will inevitably fall in love with the detective, again I see what the author is trying to say that the marriage has been over for a while but her husband died what a few hours ago and she is falling for someone else? I think that if the author had switched Suzie and her sister Lori characters with each other she would have had a much better novel. The third problem I have follows the not so subtle:
**Spoiler Alert**
The absolutely biggest problem I had was when as you may have predicted her son and sister are kidnapped. And what does a grieving widow whose child is in danger do? You guessed it, have passionate sex with the man who is supposed to be working on her husband’s case.  Wait what?
**End Spoiler Alert**

Unfortunately I did not like this book which is rare from me as I said I usually like what Harlequin puts out there, this one was just too much. There’s drama then there is “You’ve got to be kidding me!”
Posted by Reflections of a BookWorm at 7:37 PM No comments: 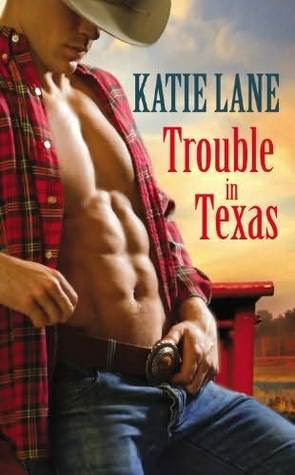 Brant Crates is searching for answers to what happened to his great-granddaddy; however he doesn’t expect to run into three old ladies who leave him drugged and tied to a bed. Elizabeth Murphy has just inherited Miss Hattie’s Henhouse, for an uptight and proper librarian all she wants to do is get rid of it one day she finds a man tied to a bed and soon her life takes an unexpected twist.

When I first started this book I kept getting angry, let me explain. I am from West Texas where Brant is traveling to Miss Hattie’s, there actually is a Miss Hattie’s in West Texas so when the author was describing the fallen down mansion I knew she was way off the mark. Miss Hattie’s is in San Angelo, Texas and has actually been made into a museum; it is located above a jewelry store in downtown San Angelo. Finally I came to the part where the author says “Bramble, Texas” and I was completely relieved that she did not mean the actual Miss Hattie’s. Once I was over that little hurdle I actually loved the book. The three old “Hens” who still live in Miss Hattie’s were my absolute favorite as they always seemed to be getting into trouble one way or another. These ladies may have been my favorite characters but Katie Lane created some absolutely fabulous characters including Brant and Elizabeth, but also a wide range of supporting characters that truly add new dimensions to an already fun read. Katie Lane has created an amazing romance, fantastic characters, and a storyline that is completely captivating. This is definitely worth the read.

Posted by Reflections of a BookWorm at 6:04 AM No comments:

There never seems a right time for Sara and Jack, for one reason or another they are never available at the same time. Now, after three years of flirting they are finally able to be together. Everything seems to be going perfectly, until Jack’s secret begins to surface. Everyone has secrets, some secrets are worse than others and some secrets can change your life forever. 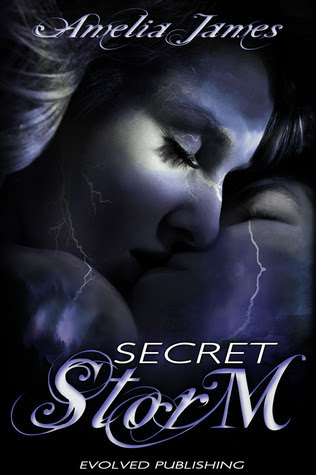 This isn’t your average book, it’s written as a full blown adult novel surrounding college students. With tons of passion and steamy encounters, Amelia James has brought to life a great romance novel. The characters are relatable and the struggles they face are realistic. What I loved the most was that the climactic revelation is something that could actually happen, unlike most novels where climax is something so far-fetched, granted still entertaining. Basically if E.L. James and Debbie Macomber had a love child this would be the result of that union. I loved it, though I must warn you it is full of highly adult scenes so it will not be for everyone.
Posted by Reflections of a BookWorm at 6:05 AM No comments: